Relations with the United Nations and International Organizations

Relations with the United Nations and International Organizations 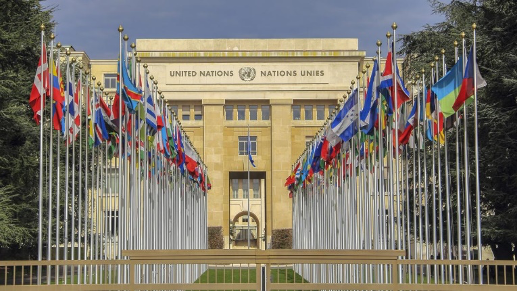 On 30th August 1994, the United Nations General Assembly adopted resolution A/RES/48/265 granting Permanent Observer status to the Sovereign Order of Malta, thereby recognizing the Order’s “long-standing dedication in providing humanitarian assistance and its special role in international humanitarian relations”.  This development was of great significance to the Order’s multilateral diplomacy, although it was already represented since 1958 by a Delegate to several international humanitarian organizations.

In the historic setting of the Palais des Nations, the United Nations Office at Geneva brings together individuals, organizations, and nations to ensure a better future for all. As a diplomatic center, with near-universal representation of States, Geneva is the ideal location for successful international cooperation.

Considered the global hub of human rights and humanitarian affairs, “International Geneva” comprises the United Nations, 40 International Organizations and some 750 registered NGOs. Bringing together thousands of delegations it is the biggest center for multilateral diplomacy and one of the foremost centers of global governance in the world. In 2019 more than 12,300 meetings, conferences and events were hosted at the Palais des Nations alone, with the attendance of around 4’700 VIPs, including 97 heads of state.

The main organizations with which the Order cooperates in the field around the world have their headquarters in Geneva. Areas of expertise of particular interest to the Order are peace and security, humanitarian action, international humanitarian and human rights law, human rights, migration, refugees, health, the environment, and sustainable development. 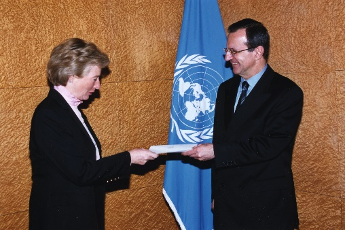 Activities
The diplomats of the Order explain its role as a global humanitarian actor by engaging in dialogue at different levels: diplomatic, cultural, human rights, and among religious traditions.  These contacts facilitate the cooperation between National Associations, Malteser International, and partner organizations.

In the humanitarian field, we develop relations with international and intergovernmental organizations to inform them about the Order’s worldwide activities and to define possible fields of cooperation. Our work focuses on:

A concrete example of our active participation in the work of these organizations were the consultations leading up to the adoption by the UN General Assembly of the Global Compacts on Refugees & for Safe, orderly and regular Migration in 2018 and in 2019, in the first Global Refugee Forum. At the Human Rights Council, the Mission initiates and co-organizes with other Permanent Missions parallel events during the plenary sessions on topics of particular relevance to the Order’s work.

The Mission also cooperates with other institutions, such as the Geneva Centre for Human Rights Advancement and Global Dialogue, the World Council Churches, the International Committee of the Red Cross, the Geneva Peacebuilding Platform, the International Catholic Migration Commission, Religions for Peace International and ADF International. The Mission is also a member of several “Groups of Friends” working on specific issues (on the rights of persons with disabilities or on water and sanitation) established by Permanent Missions in Geneva.

Religion has become a central topic in today’s policy agenda.  Our Mission is actively engaged in raising awareness on the special contribution provided by religious institutions and faith-based organizations (FBOs) in humanitarian action, including by advancing initiatives and promoting interreligious dialogue. In this context, it should be noted that the right to freedom of religion or belief is playing an increasing role in international relations, as it is considered a critical element of peace and security.

We are witnessing the gaining of strength and visibility of faith and religious actors. To-day, it is generally recognized that they are a crucial part of international humanitarian architecture. They are often trusted first responders and long-term community partners in crisis situations. Cooperation in the humanitarian field between governments, civil society, and FBOs plants seeds of peace, creating a bond of mutual trust and confidence among people of different religions. It is an essential component of peacebuilding and reconciliation.

In recent years, we have seen a number of important initiatives by high-level U.N. and government officials, which included in September 2000, the UN Secretary-General’s Millennium Peace Summit with the participation of more than 1,000 religious leaders; the creation in 2010 of the United Nations Interagency Task Force on Religion and Sustainable Development (IATF-Religion). In 2012 the UN High Commissioner for Refugees organized a dialogue on the theme “Faith and Protection” and the 2016 World Humanitarian Summit in Istanbul (WHS), attended by 9’000 Delegates, held a special session on “Religious Engagement – the contribution of faith communities to our shared humanity”. Its outcome was the adoption of a Charter for faith-based humanitarian action. As a contribution to the WHS, the Order organized in 2015 with the UN at the Palais des Nations a Symposium on the topic “Religions together for humanitarian action – Reaching out to victims of armed conflicts: the special role of faith-based actors” which was attended by 400 delegates – diplomats, religious leaders, representatives of civil society – who deliberated on how the faith-based community can enhance the international humanitarian system.

The aim of these platforms for engagement with religious leaders is to contribute to the ongoing global interreligious and interfaith dialogue with multireligious actors. Many international fora are dedicated to this issue and here again, we find that Geneva offers a wide range of opportunities to engage in this dialogue. These include our participation in the annual Interfaith Dialogue organized by the Mission of Jordan and UNITAR, as well as panel discussions on Islam and Christianity coordinated by the Geneva Centre for Human Rights Advancement and Global Dialogue which included the 2018 “World Conference on Religions, creeds and value systems”. During the annual Geneva Peace Week, we regularly organize events on topics related to the role of FBOs in conflict prevention and resolution and peacebuilding. The Mission also cooperates with Religions for Peace International (RfP), the world’s largest organisation of faith leaders, engaged in interreligious and interfaith dialogue.