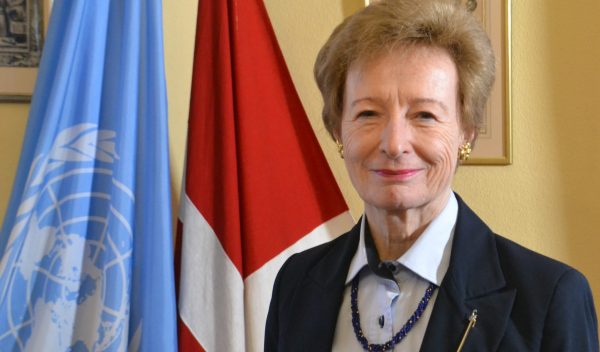 Marie-Thérèse Pictet-Althann was born in Vienna, Austria. She completed her secondary education in Germany, followed by language studies in Fribourg (Switzerland), London and Vienna before joining the United Nations Office at Geneva in 1970 as an international civil servant. Following an assignment in the Division of Administration, she served the Office of the United Nations High Commissioner for Refugees from 1974 to 1983. During this period, she took on field missions to Africa and Central America and was entrusted in the Division of Protection with the reunification of refugee families, in particular those originating from Eastern Europe.

From 1984 to 1994, Marie-Thérèse Pictet-Althann accompanied her husband, François-Charles Pictet, on his assignments as Ambassador of Switzerland to the United Kingdom of Great Britain and Northern Ireland, the Netherlands, Austria and the Holy See.

In 2020 she was nominated Honorary President of “Religions for Peace” and since 2015 she is an “International Gender Champion”. From 2011 to 2015 she served as Vice-President of the Foundation “Caritas in Veritate”.

In 1999, Marie-Thérèse Pictet-Althann founded the Diplomatic Spouses’ Circle, now the International Circle of Geneva, which she served as President until 2009. Between 2007 and 2014, she was member of the committee and also served as Vice-President of the Geneva Diplomatic Club. From 2005 to 2017, she was a member of the Board of the EORTC Charitable Trust (European Organization for the Research and Treatment of Cancer), Brussels. Since 2009 she is the President of the Choir of St. Joseph in Geneva.